Be the first to know about sales, specials, and news!

Most of us have seen the commercials for antacids; you know the one which portraits a large man is sitting on a stool in café holding his chest in pain after eating his lunch consisting mostly of fried foods? Then someone comes to the rescue and hands him some antacid and he is instantly better and able to continue on to dessert. No questions about it, antacids almost always offer some temporary relief, but why not avoid the situation all together?

I see a number of patients who take antacids and other medications for heartburn on a daily basis sometimes for years.  This is not without risk; these medications are not designed to be used for long-term use. I think there may be a lot of confusion about what causes heartburn, how the treatments work, and what the long-term effects are for uncontrolled gastric reflux and the medication that suppresses it.

The stomach naturally secretes hydrochloric acid, which helps to break down our food as it enters the stomach. When the acid splashes up into the esophagus it causes a burning sensation leading to discomfort, chronic cough, esophageal damage and even cancer. It is important to treat reflux appropriately and this may include the use of antacids for a period of time. Most often there are dietary triggers that cause heartburn and once those are honed in on and avoided the symptoms improve on their own.  GERD (or gastroesophageal reflux disease) is the name given to chronic and often severe acid reflux. This often requires further workup than just dietary modification.

Why would someone experience heartburn?

There are a number of reasons one might experience acid reflux ranging from pregnancy (increased intra-abdominal pressure and elevated hormones) to poor esophageal sphincter function and hiatal hernia. Allergies, food sensitivities, infections, low stomach acid, too much stomach acid (rare), medications, alcohol use, being overweight, smoking, and laying flat after a meal can also contribute to, or cause reflux. 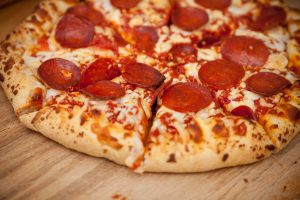 Proton pump inhibitors (PPIs): Medication that inhibitors the production of acid, and are currently one of the most commonly prescribed medications in the world. They work by irreversibly blocking the cells that produce acid. This is the most potent acid-reducing medication on the market.

Some studies have shown a correlation between use of PPIs and Clostridium difficile infections. Concerns have also been raised about small intestinal bacterial overgrowth (SIBO) and bacterial peritonitis in older populations taking PPIs.

H2 blockers: reduce the amount of stomach acid by blocking the action of histamine on the acid producing cells and thereby decrease the production of acid in the stomach. These are not as commonly used since the PPIs came along. These are available in prescription and OTC strengths. Examples include Tagamet and Zantac.

Natural treatments for heartburn are numerous but include lifestyle modifications such as those listed below.

If you struggle with acid reflux or want to get off of your current medication used to treat chronic heartburn contact Dr. Schulz. She will guide you through the process of the weaning off medications while improving overall digestive health.

Are you ready to look and feel better?

Be the first to know about sales, specials, and news!